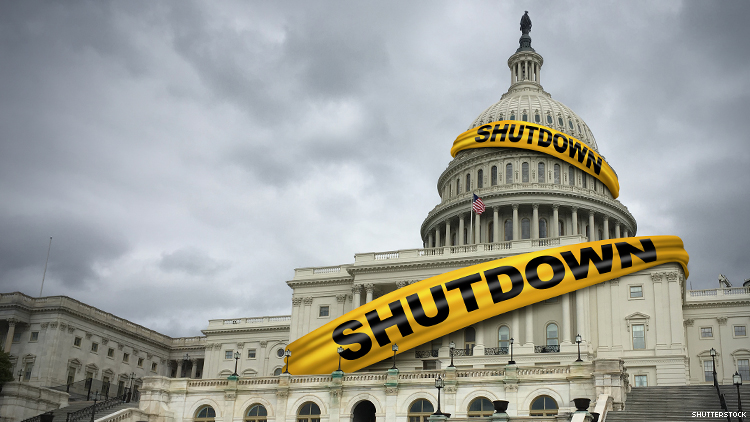 The partial federal government shutdown could reach a cost of more than $100 million daily for the U.S. economy just through the impact on travel, according to a preliminary calculation by the U.S. Travel Association’s economic research department.

This includes a daily cost of nearly $50 million in direct domestic travel spending, plus more than $50 million in indirect and induced travel-related output, caused by suspended national parks visitor services as well as the standstill of travel related to government business.

The partial government shutdown which is now in its 4th week has hit the aviation industry particularly hard.

The figure assumes that the shutdown has not affected Customs and Border Protection operations, visa processing or air transportation, which we now know is not the case.

The travel and tourism industries generate about $1.6 trillion in U.S. economic activity — one-twelfth of the economy — and one in 20 jobs, according to the Commerce Department. Analysts now expect the economy to be effected because of reduced government spending during the shutdown.

A report this weekend from CBS News points out that “America’s air-travel system will face its sternest this weekend, which coincides with Martin Luther King Jr. Day on Monday, a federal holiday.”

The Transportation Security Administration predicts it will screen over 8 million passengers between Friday and Monday, up 10.8% from last year’s MLK weekend. And it will do so with fewer screeners, said CBS.

In a press release issued on Saturday, TSA reported a national rate of 7% percent of unscheduled absences compared to a 3% rate one year ago on the same day, Jan. 18, 2018; many employees are reporting that they are not able to report to work due to financial limitations, said TSA.

Average wait times at the top 42 U.S. airports are “within normal TSA times of 30 minutes for standard lanes and 10 minutes for TSA Pre✓®,” said the TSA, but indicated that ATL, DEN, EWR and SEA had waits longer that 30 minutes on Friday; another 13 major airports had waits from 20-20 minutes. Waits at Pre-TSA lanes were significantly shorter.

In an interview on CNBC, Delta’s chief executive Ed Bastian said that the government shutdown will see the airline lose revenue amounting to $25 million in January, due to fewer government officials traveling.

Bastian said that the shutdown will also hinder airlines from introducing new routes and jets, which must be approved by the Federal Aviation Administration officials who are currently not working.

The TSA website said that the Jan. 19 update will be the last one it issues until funding is restored.
Tags: Tourism, United States